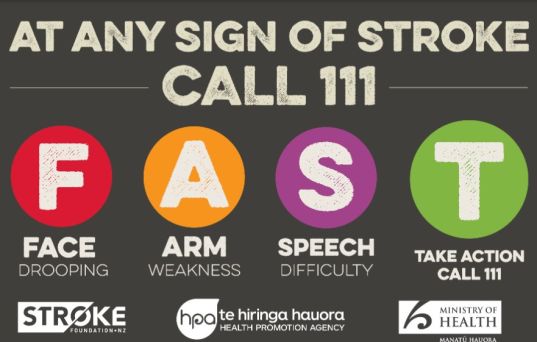 This evaluation highlights the long term impact of the successive campaigns, run since 2016. The St John Ambulance Service data from 111 calls has demonstrated the impact of consecutive campaigns, with an increase in the number of 111 calls for suspected stroke, and the average number of daily calls has increased over time. This analysis indicates the increase in calls is likely due to the impact of successive national campaigns, rather than an underlying positive trend over time.

Jo Lambert, CEO of Stroke Foundation NZ says seeing that the campaign has boosted awareness of the signs of stroke for Māori and Pacific communities is a huge win in the fight against health inequity.

“Our Māori and Pacific communities experience more severe strokes and at a younger age than NZ Europeans, and therefore live with the impacts for longer. Time really is of the essence when it comes to limiting the effects of stroke, and so getting to hospital as soon as someone recognises the signs of stroke is absolutely critical. Knowing and acting on F.A.S.T really does save lives.

This campaign used a story-telling approach and the primary audiences were those within proximity to at-risk Māori and Pacific peoples aged 40 to 65-years-old, and priority DHB regions: Northland, Counties Manukau, Waikato, Lakes, Tairāwhiti and Whanganui.